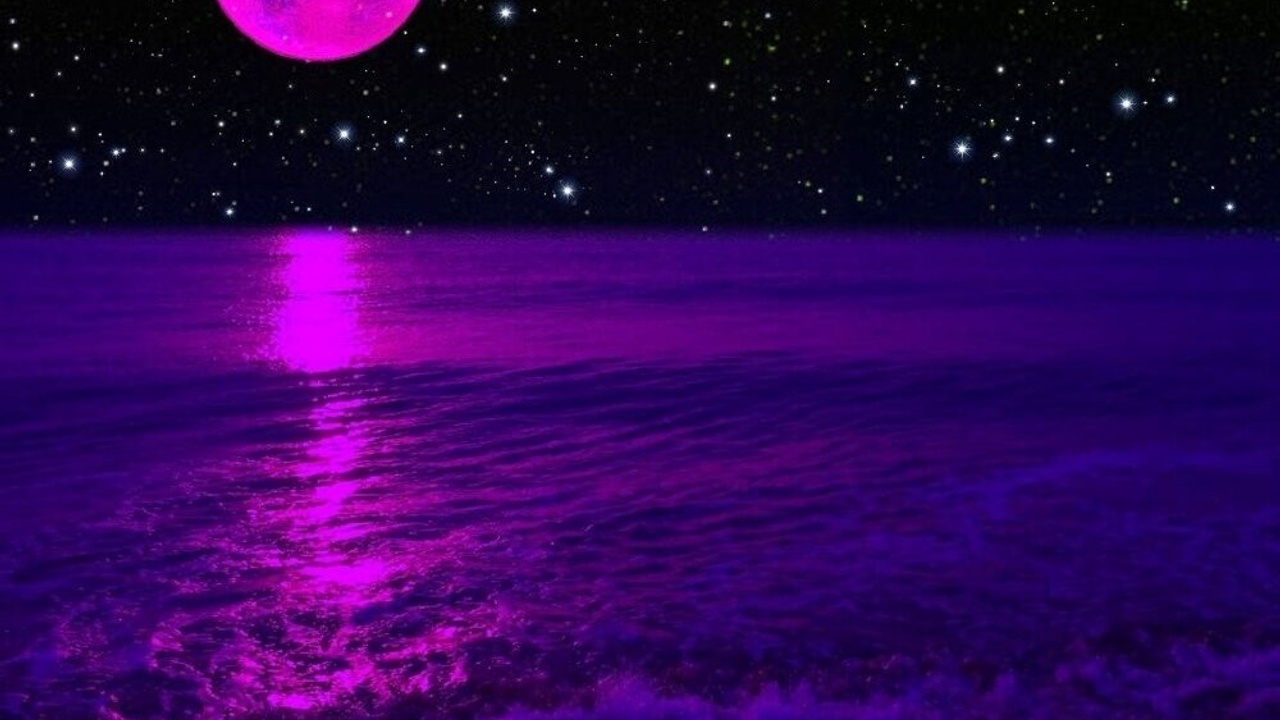 March is the first truly pleasant month in the astrology in 2021 due to the overload of compassionate and creative Neptune activation! The Sun, Venus and Mercury will move through the mystical sign of Pisces this month and align with Neptune, the planet of spirituality and psychic energy! This is an excellent month for beginning projects that are deeply creative, diving into spiritual entrepreneurship, or simply for taking a much needed break from the stresses of our daily routines. Later in the month, passions are ignited once again and we become much more willful and ambitious as the Sun and Venus enter the fiery, active sign of Aries! This later part of the month lights a fire under all of us and is a perfect time for activities pertaining to physical activity and purposeful movement, competition, passion, goals and ambitions. 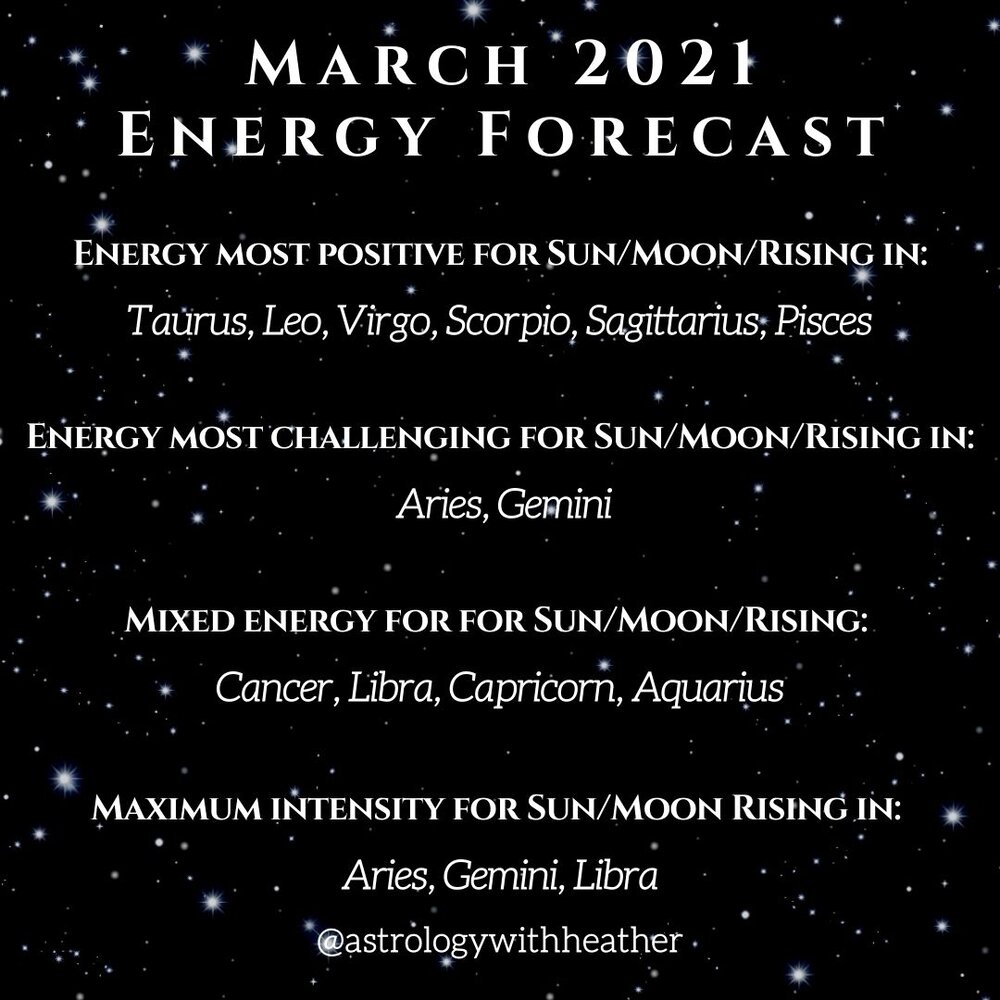 Energy most challenging for Sun/Moon/Rising in: Aries, Gemini 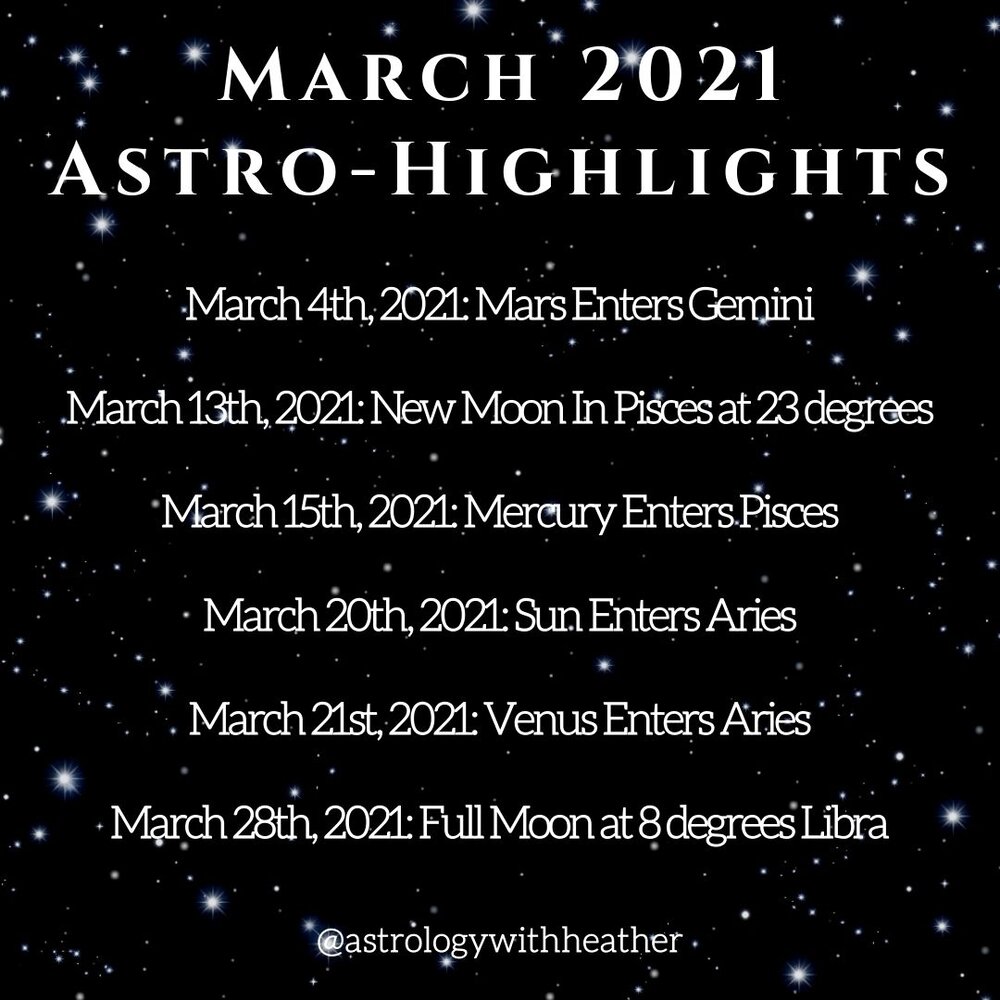 Over the past few weeks, many of us may have felt like we were wading through mud while the world around us became frantic and our minds became scattered. Luckily, that feeling is coming to an abrupt end as Mars moves into the much quicker-moving sign of Gemini, finally allowing us to explore our lingering curiosities, tap into those projects we’ve kept on the back burner, and turn our ideas into action! For the most part, this will be a better transit for Mars than its slow and tedious transit through Taurus BUT, later this month on March 26th Mars will conjunct the karmic North Node, which will be in square with Mercury. Tread lightly at the end of this month as double-speak, lies, and inflammatory information may be revealed around this time.

This New Moon in Pisces is BY FAR the most Magical New Moon of 2021–perfect for manifesting your visions and dreams into reality! Not only will Venus, currently exalted in Pisces (that means good things for material matters in relationships, conjunct Neptune near the time of this New Moon, BUT the New Moon will be in a VERY close conjunction with this configuration creating a super mystical, feel-good stellium in the most compassionate and inter-connected sign of the Zodiac! This is also one of the best New Moons I’ve seen in a long time for all things spiritual an otherworldly—with the sextile this New Moon will be making to Pluto, not only can we tap into etheric energies more easily BUT we have the ability to be very precise and discerning when it comes to tapping into our intuitive and psychic abilities. Divination, tarot and psychic readings, mediumship, meditation, transcendent states, and spiritual reflection and retreat area all heavily favored under this influence. This is also a great time for dreamwork AND for creative pursuits, especially visual forms of artwork such as painting, photography and film. Enjoy this energetic escape from reality while it lasts!

When Mercury transits Pisces, our minds become less logical, linear and precise. After all, Mercury is in it’s detriment in this illusive, watery sign! That being said, it’s not all fogginess and confusion during this Mercury transit—when Mercury is in Pisces our imaginations come online and we are able to think and communicate much more creatively and compassionately. While attention to detail may not be strong during this time, we are much better able to visualize the whole picture, fully formed, in ALL of its aspects. This can be a gift for those who are prone to being too “heady” and analytical (I’m looking at you, Mercury in Virgo friends!).

HAPPY EQUINOX! The Sun’s transit through Aries marks the official start to Spring here in the Northern hemisphere (and the official start to Fall for our friends down under). Now is a time when the earth thaws, the plants are re-born, the animals bare their young, and for us humans—it’s an optimal time for us all to give birth to new actions ideas! The Sun is EXALTED in Aries, meaning that right now the Sun is moving through it’s favorite place in the sky—a place where it can express it’s ambitious, uplifting energy in a way that’s uninhibited! So this Aries season, make sure to get out there, get active, get fired up about new projects and plans, and MAKE THINGS HAPPEN!

Venus is technically in its detriment in Aries, being the ruler of Libra and all, BUT not all is lost when it comes to romance when Venus transits the most fiery and willful sign of the Zodiac! While this transit can cause us to feel a bit selfish, favoring our needs over the needs of others, this is also a highly passionate, sexually-charged energy! In addition to this, Venus in Aries provides ample energy for demonstrative forms of love through showing your partner what it is that you need, want and desire! This can be a blessing in disguise for those who are typically more inhibited or shy about asking for what they truly want, in the bedroom or otherwise!

The Full Moon in Libra this month is forming what’s known as a “kite formation” between the Moon in Libra, Sun in Aries (conjunct Chiron and Venus), Saturn in Aquarius and Mars (conjunct the North Node) in Gemini. While a lot of good can be said about the Kite formation on a more personal level (after all, it’s filled with supportive aspects like trines and sextiles) it’s also known to be quite volatile as it tends to amplify the energy of the opposition. In this case, the opposition is a weird one with Chiron in the mix, stirring up old wounds and insecurities from the past and causing a lot residual pain to rise to the surface to be illuminated and (hopefully) healed. Under this influence, our emotions may feel raw, uncomfortable and exposed and awkwardness around what this Moon is shedding light on is inevitable. The main takeaway from this Full Moon is the need to find balance from the wounds of our past that have led to self-preservation and the requirements of the present moment to seek balance and solace through our relationships with others.