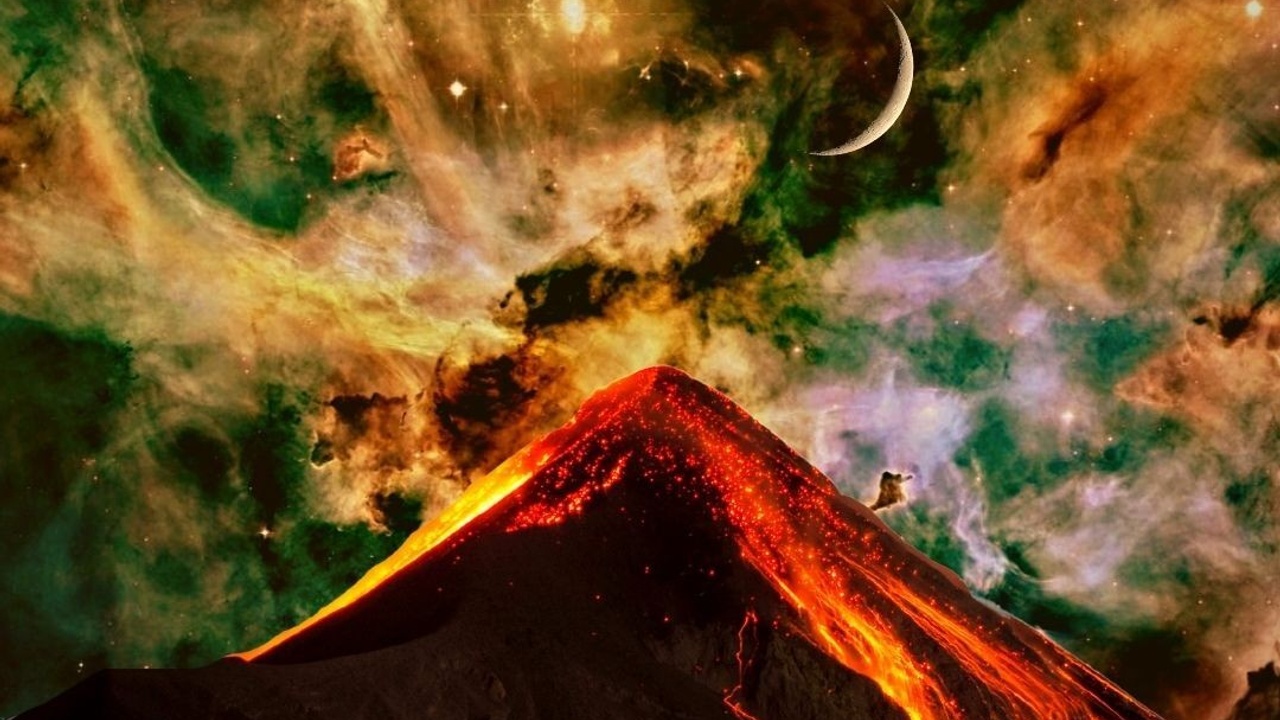 Things are heating up this month in the astrology with Mercury well into its retrograde cycle, coming into a conjunction with Mars, opposing Eris and Squaring off to Pluto—an intense and passionate energy that is likely to bring underlying tensions to an extreme boiling point! This energy is especially potent later in the month as the Mars T-Square to Pluto and Eris comes more exact, which will be highlighted even further by the Full Moon in Aries on October 20th. There is a lot that’s been shrouded in darkness that will be brought into the light during this time and, although it may not necessarily feel warm-and-fuzzy, it’s a necessary step to transform our awareness of ourselves and the situations surrounding us that we simply haven’t had the eyes to see.

This entire month is a time of extreme revelation and massive shifts in perspective! Eris and Pluto’s tendency is to reveal the deepest Truth that’s been hidden in plain sight all along. Mars in the mix accelerates this process and fuels the desire to take direct, immediate action on these freshly illuminated insights. With a trine forming between Mars and the Sun in Libra along with Jupiter—it will become apparent that the actions we take are ultimately for the greater good, regardless of how uncomfortable they are at the onset.

We also have four planets stationing direct this month—Pluto, Saturn, Jupiter and Mercury, making it feel as though we are living in some sort of bizarre, spooky time-warp where we are speeding up in order to slow down… only speed right back up again! 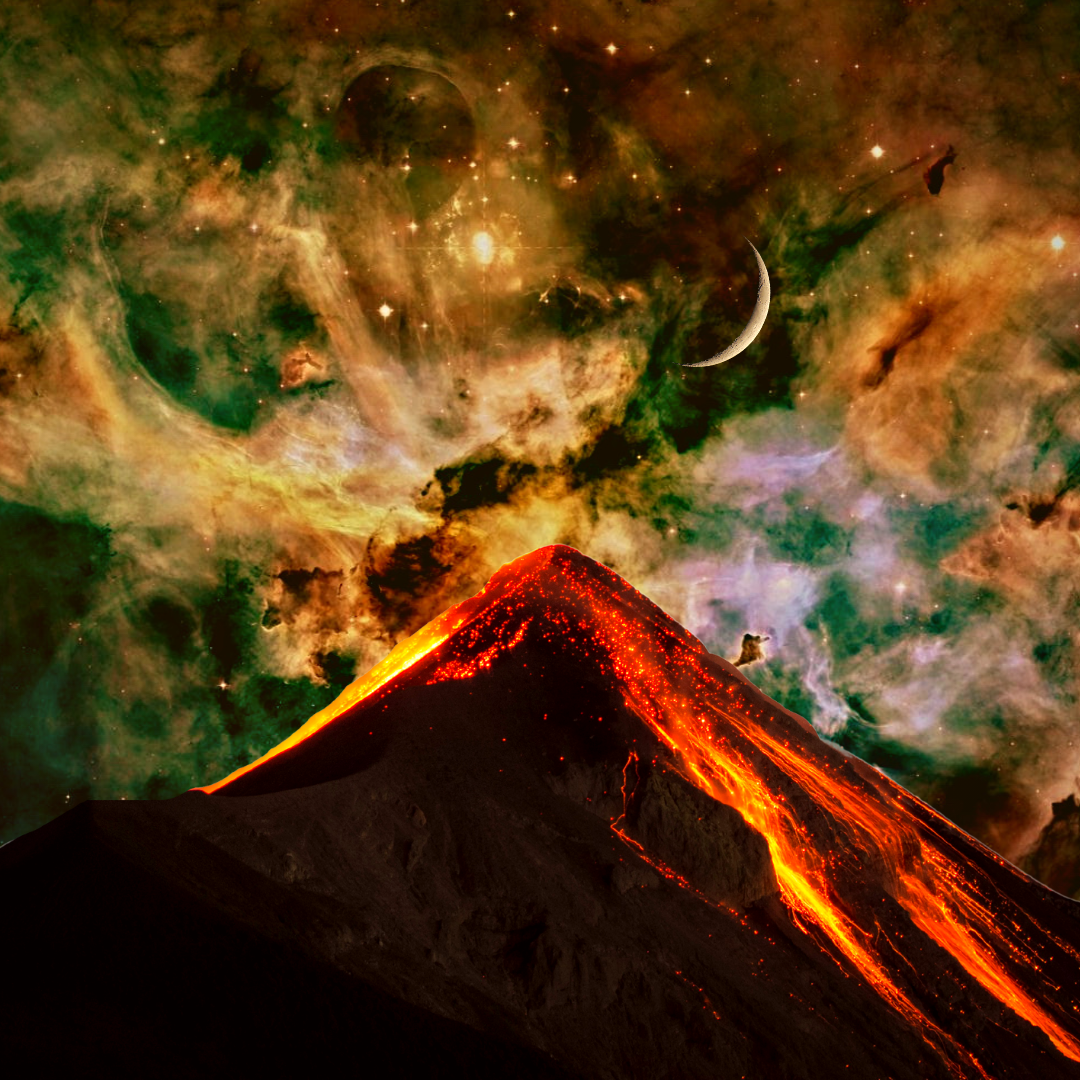 Energy most positive for Sun/Moon/Rising in: Gemini, Leo, Sagittarius, Aquarius

Energy most challenging for Sun/Moon/Rising in: Aries, Cancer, Libra, Capricorn 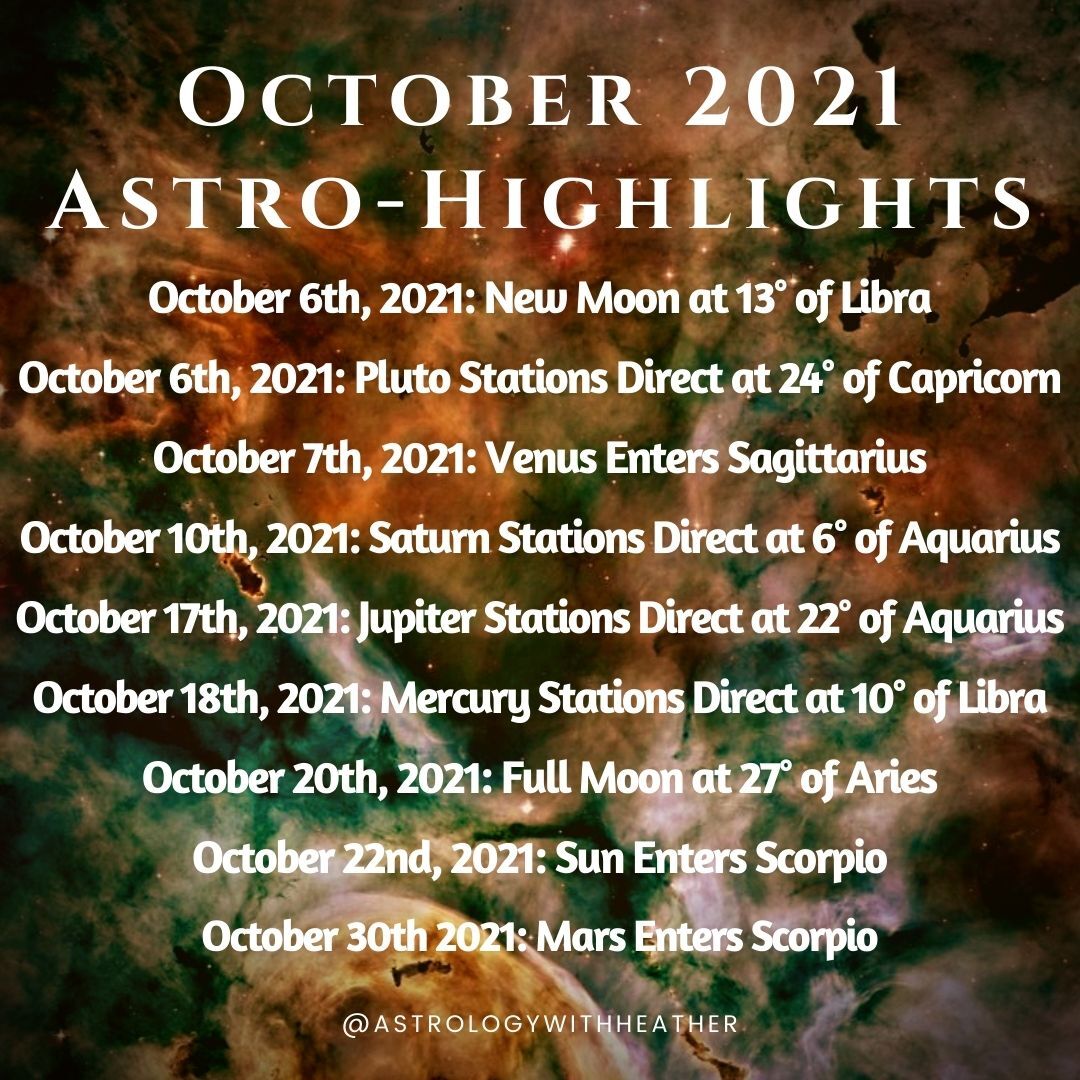 While Libra is a sign that’s typically associated with harmony, tranquility, beauty and balance, these are NOT appropriate keywords to describe this particular New Moon. The Sun and Moon come into an exact conjunction with fiery and willful Mars, which is currently unsupported, transiting the sign of its detriment. While Libra is all about keeping the peace and maintaining equilibrium, Mars can be a bit… divisive. This energy can be a great catalyst to help you fight for a cause during this lunar month that you yourself believe to be fair and just—but don’t expect this energy to facilitate a sense of unity. In fact, with the upcoming Mars square to Pluto being highlighted, people are more likely than ever to take their ideas and opinions to polarized extremes.

So… what is this New Moon actually good for?

With six planets in retrograde and possessive Pluto in the mix, now is a time to reflect on you deeply desire and value in your life at a core level and work on reinforcing and protecting what you truly hold dear. Because this New Moon is also in a harmonious trine with retrograde Jupiter, it is wise to set intentions to deepen and expand on your connection to the values, relationships and circumstances in your life that are genuinely important to you and add meaning to your life.

Venus enters the most jovial, freedom-loving and adventurous sign of the Zodiac where it will remain through the start of November! Venus is the planet that rules our relationships as well as the things in life that bring us the most pleasure and joy. In the sign of Sagittarius, it’s time to get out there and do some exploring! Throughout this time, we’re likely to find satisfaction in expanding our horizons through exploration and new discovery. So get out there and live a little!

When Saturn stations things tend to feel a bit… heavy, to say the least. Saturn is the reap-what-you’ve sewn planet that brings heavy karmic circumstances up to the surface in a way that forces us to put in the work in order to truly fix what’s broken and discard what’s truly beyond repair. During the two weeks surrounding Saturn’s exact station, challenges that we though we had already faced and responsibilities we have consciously neglected will rise to the surface in the form of burdens and road blocks we can no longer ignore.

Over the past few months with Saturn in retrograde, we’ve been working to reinforce the foundations for the structures and responsibilities that truly serve to create greater freedom in the future across many areas of life. On the flip side, there are many circumstances in which we believed we were building a foundation for freedom, when really we were building ourselves the foundation for a cage. Hopefully, you’ve spent these last few months breaking down the latter in preparation for what’s to come this fall. If not, you’ll get one final chance to pivot at the end of this year, so long as you’re truly willing to put in the work!

The Great Benefic planet Jupiter is finally moving direct, bringing forward momentum and external growth, good fortune and opportunity for a few final weeks in the sign of Aquarius before the planet that brings all the best vibes moves on to its home sign of Pisces at the end of this year.

With Jupiter in Aquarius, opportunities can come in the way of social connection and the ability to align with others to expand on that which is objectively in favor of the greater good. When Jupiter plunges forward into the dreamy Piscean waters at the end of 2022… well, that’s when things truly start to feel magical!

Mercury finally stations to go direct brining forward momentum in the areas of communication, commerce, and coherent thinking as the trickster planet continues to gain speed over these next few weeks. While we do have the green light to move forward with the plans and ideas born out of this rather intense period of retrograde reflection, things are not-so-harmonious on the communication front just yet. Mercury in post-shadow will be making one final square to Pluto along with an opposition to dwarf planet Eris at the start of October. This influence brings obsessive thoughts about

uncomfortable truths back to the forefront of our minds once more. During the final pass of this transit, it’s important to actually verbalize and deal with what’s been revealed to us. Doing so will help us to transmute and transform the intensity and psychologically detox any lasting energies and anxieties that have been weighing on our minds.

The Full Moon culminates in the fierce and fiery sign of Aries, forming an amped-up, super passionate T-Square with Mars in Libra and Pluto in Capricorn! Tensions are coming to a head at the time of this Full Moon and people won’t be able to hold their frustrations in any longer—things are about to get heated!

This is a highly ambitious energy, ripe for control issues that may lead to massive abuses of power in those who are prone to such things. If someone in your life is feeling angry and polarized or taking extreme measures to force their hand, it’s best to avoid getting involved. People will be standing their ground and insisting on causing their own demise and there isn’t much that will stop this energetic volcano from exploding.

For those who are a bit more… self-aware, this is a good time to practice patience and self-restraint amidst increasing internal and external pressure. Many of us will be feeling fired up to take immediate, decisive action on an issue that becomes illuminated and undeniable during this time. Jupiter in the mix making harmonious aspects to the Full Moon asks us to take a step back and get an objective, birds eye view of the situation before moving forward to insure that we’re truly acting from a place of integrity.

The other thing the Great Benefic planet is doing during this rather volatile Full Moon is insuring that, regardless of what’s revealed to us or our reaction to such things, the end results of all of this intensity will ultimately be for the greater good.

Happy birthday to all of my Scorpio readers! While I’m always super excited to welcome my absolute FAVORITE Zodiac season of the Solar Year, with this particular Scorpio season there’s a mixed bag of energy at play. The Sun aligns in a challenging T-Square with Saturn and Uranus mid-transit, illuminating the ongoing Saturn-Uranus square. This is likely to bring ongoing frustrations and hardships up to the surface to be re-activated and dealt with once more—highlighting Saturnian roadblocks and throwing disruptive Uranian curveballs that delay our progress and force us to make measured adjustments to our plans.

Later in the season, the Sun aligns positively with compassionate and deeply intuitive Neptune in Pisces AND powerfully psychic Pluto in Capricorn. Our intuition comes online in a big way as the veil thins and we become deeply connected to etheric, energetic and inter-dimensional influences. Use this powerful time wisely as this period of enhanced supernatural discernment will be fleeting.

Mars is finally back in its traditional home sign, combining psychological strength with physical action and TONS of ambition. Mars in Scorpio is an energy that GETS THINGS DONE! That being said, any transit through the fixed signs this year has been, and will continue to be, problematic, especially when the planet in question is a malefic. Mars will be heating things up in a big way during the six week period it transits the intensely passionate sign of Scorpio, forming a volatile T-Square with Saturn in Aquarius and Uranus in Taurus. The pressure is ON at the end of this year and it may feel like we’re being forced to make changes that we’re not entirely ready for. Hurdles will be faced, disruptions will be had, and alterations in our path will result. Luckily, this energy is beginning to leave us once-and-for-all after the start of next year. In the mean time, buckle your seatbelts, plan lightly, and do your best to remain flexible.