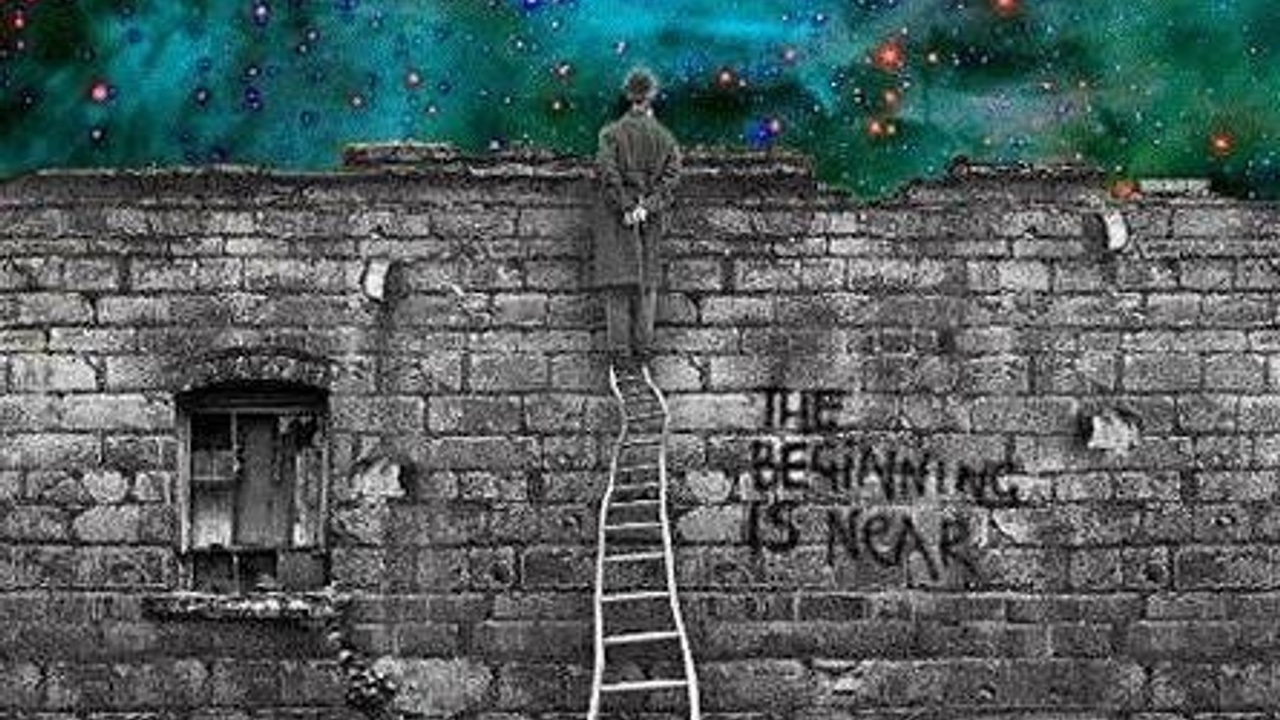 THE SPIRITUAL SIGNIFICANCE OF THE ECLIPSES

The lunar nodes are calculations that are primarily made to track and predict the eclipses, and in ancient astrology these points in the chart have a special, karmic significance. In Western, tropical astrology, these karmic points are referred to as the North & South Nodes. In Vedic, sidereal astrology the nodes are known as Rahu and Ketu, representing the head and the tail of the dragon. In reference to the birth chart, Rahu, or the North Node, represents the path we are headed into in this lifetime while Ketu, or the South Node, represents the path we are moving away from as this is an area in the chart which we have already mastered in previous lifetimes. Rahu, as the dragon’s head, shows us where we go to gain nourishment, while Ketu, as the dragon’s tail, shows us where we need to surrender and let go.

Because of their connections to the lunar nodes, eclipses have always been regarded as a time where fate intervenes in our lives to create disruption and change. The solar eclipse at the new moon is a karmic time of new beginnings, where we are being pulled away from an old path that is comfortable but is no longer working for us and into a new path that is in better alignment with destiny and our purpose. The solar eclipse focuses on the physical and can bring about significant disturbance and upheaval, which may feel quite unsettling, particularly if the eclipse makes any significant aspects to any planets or cardinal points in your personal natal chart.

On the other hand, the lunar eclipse at the time of the full moon calls on us to surrender and transform the areas of our life that are being affected. The lunar eclipse represents a time of endings and letting go of some part of our lives that no longer serves us. The lunar eclipse focuses more on the emotional, psychological and spiritual. This is a time when the things we’ve kept hidden deep within the shadows come into our conscious awareness. As always with the full moon, this lunation can either become a crisis point or a culmination point depending on how you’ve used the energies for the first half of the cycle, but with eclipses the karma runs much longer and goes much deeper than the events of the past two weeks. The nodal cycle lasts a little over 18 years, so looking back on the changes that were seeded roughly 9 years ago can give you a glimpse into what skeletons will be dug up by the eclipses this time around. The trick here is to own up to our past mistakes and the unconscious patterns that have been holding us back and to actively PURGE. It’s all about the purge.

This month we will be experiencing two significant eclipses: a solar eclipse at 9’21” in Virgo on September 1st, and a lunar eclipse at 24’ 20” in Pisces on September 16th. The solar eclipse in pragmatic, earthy Virgo will be a huge wake-up call bringing us back to reality. This is not a time for escapism through drugs, fantasy, or self-delusion. While the specific effects of the eclipse will vary for each of us depending on which area of the natal chart is being effected, we are all being called on to make significant changes in terms of our health, our work and our path in life. This eclipse marks a time when we will be getting very realistic about our resources, both monetary and otherwise, and we’ll be taking a much closer look at the food we eat and the way we take care of our bodies. Ultimately, the changes seeded at this time, whether intentional or situational, should direct us toward a higher purpose where we show up in complete and devoted service to our work, our health, or to a greater cause. This a time when we’re being called to break out of our old routines and create new ones that better serve humanity. The new moon and eclipse in humble Virgo asks us to take better care of ourselves in order to become more prepared and available to show up to in service of others. Right now the seeding of new plans calling for dramatic change is advisable, and with Mercury retrograde in the mix the details matter in a big way.

This eclipse will be forming a T-square with Saturn in Sagittarius and Neptune in Pisces, activating the grand finale of the Saturn/Neptune square. The Sun & Moon’s square to Saturn indicate that conflict may arise between the changes we must make and the hard work we’ve been putting into expanding something of value and integrity. We may feel limited in some way by a major project or undertaking that remains incomplete. It is likely that seeding this change may take a lot more time and hard work than we’d prefer to admit— we’re in it for the long haul with this one. The Saturn/Neptune square is being activated once again with the eclipse occurring in opposition to mysterious, watery Neptune. There are major karmic lessons to be learned during this cycle and the rose colored glasses come off in a big way as Saturn forces us to deal with cold hard reality. On the one hand, there can be a desire to escape into drugs, alcohol, fantasy, or even spirituality, but Saturn’s influence won’t allow it. The Saturn/Neptune square comes exact for the last time this year on September 10th and represents a great revealing of the lies and deception we’ve been fed both collectively and individually. In our own lives, the lies we’ve been telling ourselves will no longer suffice as we move into a place of greater integrity and personal authority.

The Full Moon and lunar eclipse on September 16th will be bringing up deeply held unconscious attachments to emotional escapism. This lunation will reveal to us deep-seeded habitual patterns needing to be purged. It shows us where we’ve been deceiving ourselves or allowing ourselves to fall prey to the lies and deceptions put forth by others in order to avoid facing harsh reality. Again, it’s all about those rose-colored glasses. Pisces is the sign of self-sacrifice, and boundaries are a major focus throughout this cycle. This lunar eclipse highlights our personal boundaries and the areas in which we’ve allowed ourselves to get too comfortable and become a bit lax. Martyrdom will no longer be allowed and playing the victim may be our biggest downfall. Now is the time for us all to purge the old patterns we’ve clung to so desperately in order to make space for something much more practical and beautiful.

The lunar eclipse in Pisces will form a T-square with Mars in Sagittarius. Mars will be in a harmonious trine with the deeply revealing and chaotic Uranus/Eris conjunction in Aries, which comes exact for the second time around just nine days after this lunation. We’ve all been through a lot these past few months and all of this change and transformation can have us feeling both frustrated and drained. With the square to Mars, there’s a conflict here between our inner, emotional world and the will to push forward and persevere into new and exciting adventures. The tendency is to want to continue holding on to what’s comfortable, but over the past couple of months it’s become readily apparent that there are certain things we need to let go of in order to move on. If we don’t allow ourselves to fall prey to fantasies, deception and comfortable patterns of escapism and self-delusion, a major revealing of deep Truth may take place to bring about important change in a beautiful, harmonious way.

Eris doesn’t mess around, she’s here to expose the Truth and she doesn’t care if she hurts your ego in the process— in fact, breaking down the ego is often a crucial step toward integrating what’s being revealed. Eris is the warrior goddess who fights for transparency and integrity. She’ll unapologetically act to show you all of the most uncomfortable parts of yourself that you never asked to see.  In conjunction with Uranus, Eris has been exposing our true nature and showing us where we need to change and integrate the new information that’s been revealed in order to transform our lives in a big way. On a global scale, the Eris/Uranus conjunction has been bringing chaotic events seemingly out of nowhere that serve to expose the ugliest of truths (and we’ll be going much deeper into this topic later in the month). This time around she’ll be working in harmony with the more physical, masculine power of Mars in Sagittarius, calling on us to act with greater optimism and integrity in order to create a more sovereign and expansive reality. With both planets in retrograde, we’ll be revisiting energies that came into play around June 9th of this year (think Orlando) but this time they’ll come around in a new and unexpected way.

On a final note, all of the eclipse action this September is going on in the midst of the Mercury retrograde in Virgo along with the (previously mentioned) final activation of the Saturn/Neptune square which comes exact on September 10th and the Uranus/Eris conjunction which is activated for the second time on the 25th. We are all undergoing a major period of transition, vulnerability, chaos, and change. With all of this mutable energy leading up to the Autumn Equinox on the 22nd, this beautifully chaotic time marks the ending of one phase of our lives as we transition into something much more aligned with our purpose and path. If this month is hitting you hard (which in all honestly, it might), channel your inner Persephone and don’t be afraid to make that trip down into the underworld— you’ll be surprised at the treasures you’ll find down there.